You are here: Home / family / The fatherless generation 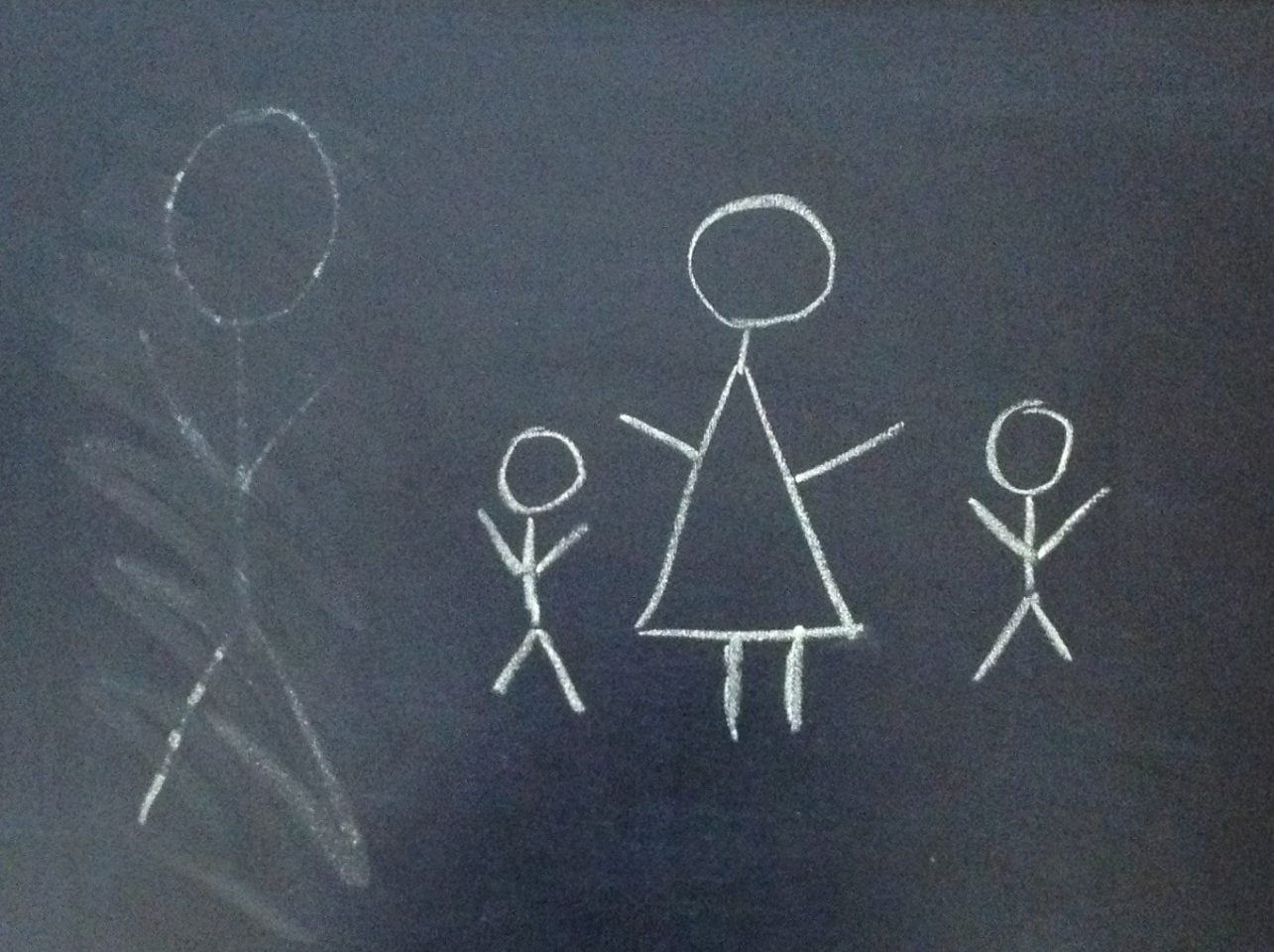 This post may contain affiliate links. If you decide to make a purchase through these links, I earn a small commission at no cost to you. I do not promote anything I do not believe in or stand behind.

The image of the father

“Father” is one of the most common titles of God in the Scriptures. One can see both in the Old and the New Testaments how people referred to God as their Father. Especially the New Testament presents God as being a good and holy Father. Jesus spoke all the time of His Father; and He taught His disciples to view God as their Father as well. Moreover, when Jesus spoke of the Father, He always showed great respect in His attitude and words (John 17:11).

Not only that, but God created men to be fathers for their children. In this way, their role is to emulate God for their children.[1] A father has the privilege and the responsibility to teach his children about God. Terrible consequences follow when a father cannot do that. And contrary to what many so-called secular experts from the fatherless generation argue, the role of the father did not change in the 21st century.

The fatherless generation is global

The culture in which a man (and a woman) grows is foundational for his identity because culture shapes one’s view of himself. Needless to say, the dominant global culture of our days is that of a fatherless culture.[2] A fatherless culture is a culture that is disconnected from the positive influence of the previous generations.[3]

These worldwide fatherless cultures produce orphans who struggle with survival, confusion (including gender confusion), direction, purpose, meaning, and value. The global fatherless culture is in conflict with the culture of the Kingdom of God, who is the culture of a house or a family. In a culture saturated in God’s Word, a child will receive the guidance, love, support and the resources of a household, and the children will enjoy a meaningful relationship with their fathers. The reasons we have a global fatherless generation are complex and multiple—like wars, evil political systems (like Communism), changing social patterns, the shortcomings of religious systems, the high divorce rates (children are raised by single mothers), or the media.[4]

A false image of the father figure

Our culture (especially in the West) portrays a false image of how a father should look like and how he should behave. Most of the time, media presents a distant father, who is abusive (in a violent or non-violent way), alienated from his children, uninvolved, consumed by self-interest, and distracted from the reality of the family life. This results in children feeling unworthy, of no value, with low self-esteem and with no destiny and purpose in life.[5]

The consequences are dramatic: a divorce among generations, a low respect for authority figures, narcissism, identity struggles, and lack of direction, among other things. The schism between generations affects negatively the younger generations because a healthy identity is tied in the past generations.[6] With a negative image of the father, the next generations will experience identity issues, as they expect nothing from the previous generations. Therefore, the new generations try to reinvent the world and the traditional family life in new ways—and they will discard the past and the role of the father in a family.

The fatherless generation is disconnected from the past

The fatherless generation in which we live tries to minimize and even radically change the role of the fathers (and/or mothers) in the education of their children. They do that mostly by trying to reshape the concept of the (traditional) family and by encouraging families and individuals to trust the society and culture to educate their children. Indeed, the fatherless generation tries to make all these changes because they feel disconnected from the past, and they want to invent something with no genuine connection with the past generations. They reject the influence of the past over the present. And by doing this, they reject the role of the father as the head of his family and the key educator for his children as well.

The Bible and the education of children

However, the role of the fathers for their children’s education did not change—it remains the same. From ancient times, education began in the family, with the father having the major role of a teacher. The Biblical way for the education of children is for the past generations (the father and the mother especially) to teach the present generations (the children). The fatherless generation cannot comprehend this principle.

In the Bible (which is God’s Word) the father needs “to train up a child in the way he should go” (Proverbs 22:6, ESV). Again and again, the Holy Spirit teaches that God’s desire is for the father to embrace his role as the educator of his children (Gen 18:19; Deut 6:4-6; Deut 11:19). The next generation needs to learn God’s decrees and they need to learn them through their fathers.[7] From old times, parents were always those who would hand on their values, ideals, principles, and morals to the next generation. Moreover, they taught truth to their children by their words, example and help them make the right decisions.

The example of Abraham

One can understand this principle in the life of Abraham. God chooses Abraham to be a father—even his name means “a father to many nations.”[8] God instructs Abraham what it means to be a father in Genesis 19 narrative when the Lord told Abraham about His intention to destroy Sodom.

For I have chosen him, that he may command his children and his household after him to keep the way of the Lord by doing righteousness and justice, so that the Lord may bring to Abraham what he has promised him.

The Christian view of the father is embedded in the teachings of Judaism. Therefore, a Christian father is first a teacher to his children—through his example (“by doing righteousness and justice”) and through his words.

However, God’s words to Abraham in Genesis 19:18 reflect another key lesson about education in the family. By setting this dialogue between God and Abraham in the destruction’s context of Sodom, God communicates what will happen to those who do not live in the fear of God—they will face God’s judgement.[9] One of the key points of Genesis 19 narrative is to understand the consequences of fathers not raising their children in the fear of God.

Moreover, the Genesis 18 and 19 narrative (alongside with scriptures like Genesis 2:24) highlights that the Bible is a heterosexual Book who teaches that God’s only plan is for a heterosexual family lead by the father (1 Cor 11:3). The destruction of Sodom points out to God’s grace for those who walk in His ways, but it also points to the disastrous consequences for those who embrace a homosexual view of the family.

In America, one out of three children have an absent father and four children out of ten are born to single mothers[10] and that alone should underline the key role of the fathers. However, for experts like Paul, all the statistics like this one are irrelevant and trivial because they demonstrate nothing about the role of the fathers.[11] Actually, she finds other statistics proving that single moms and homosexual parents are better parents for their children. Her verdict is fathers make no fundamental contribution in the raising of children.[12]

Likewise, many arguments for homosexual parents are financial—apparently, because they have more capital, they can provide a better life to their children.[13] Of course, by seeking to change the role of the father in the education of children (by redefining the family), experts like Pamela Paul undermine God’s Word and the God-given role of the fathers.

The fatherless generation and the Bible

The fatherless generation, by their statistics and researches, seek to enforce their distorted view of the family on the Christians. From the beginning, God created the first humans as heterosexual and the only type of family recognized and blessed by God throughout the Bible is the heterosexual family.[14]  One cannot find “homosexual families” in the Bible.

We live in times when people emphasize education more than ever before in human history. The knowledge increases, new educational systems are developed and our culture and often our governments compete with the Church and the Christian families in raising their children. And more than ever, the Christian fathers need to take up their role as educators of their children. They need to “train up” their children in the way they must go—because there is a way they must go.

Christian fathers have an active role in the education of their children. And their role is the same from the beginning: to teach their children to walk in the fear of God. Indeed, the fatherless generation (or should I say the Godless?) cannot teach our children about God’s ways for a blessed life.

Let me know if there is anything special going on in your life or if you want prayer! Share this post with your friends and don’t forget to leave a comment.

If you plan on writing a book or if you know of someone who wants to write a book-check this link from Self Publishing School! (affiliate link)

P.S. Whenever you use the links and the banners on my blog to buy something on Amazon USA, or you use other affiliate links on my blog, I receive a small commission at no cost to you. I do not promote anything I do not believe in or stand behind.

I am a blogger, writer, minister, husband to Olguta, and most importantly, a child of God. I am also a certified Coach, Speaker, Trainer, and Teacher with The John Maxwell Team, and I am helping people reach their full potential.

This site uses Akismet to reduce spam. Learn how your comment data is processed.

Hi, my name is Onisim Moisa, and I am your friend :)

I am a blogger, writer, minister, husband and most importantly, a child of God. I am also a certified Coach, Speaker, Trainer, and Teacher with The John Maxwell Team, and I am helping people reach their full potential.
More

Sign Up to Get My FREE Bonuses and be part of a growing community of people who aim to become more like Jesus,

I am a blogger, writer, minister, husband to Olguta, and most importantly, a child of God. I am also a certified Coach, Speaker, Trainer, and Teacher with The John Maxwell Team, and I am helping people reach their full potential.
More

Thank you for partnering with me through investing in this ministry.

Your prayers and support are a great encouragement to me and will go directly towards spreading the Gospel of Jesus to those in need.